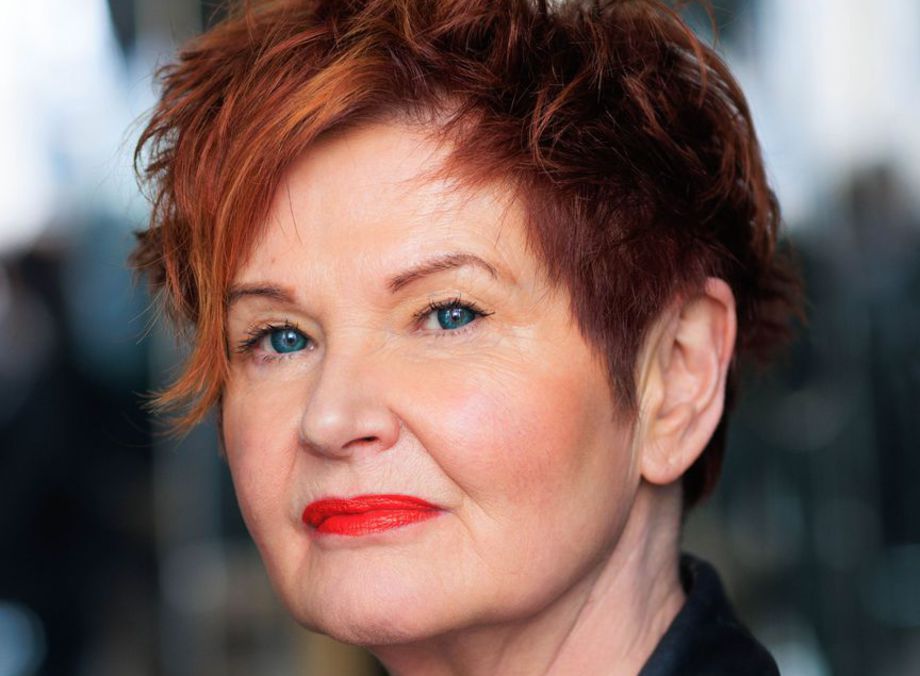 Annie is a London-based actress and voice artist.

ANNIE ALDINGTON is superb as Lady Macbeth and in every other role she undertakes in this production..

She has a wealth of acting experience and is a highly regarded audio artist who is the go-to voice for many top-selling authors, including: Martina Cole, Kimberley Chambers, Roberta Kray, Jessie Keane, Helen Carey and Dilly Court. She is equally at home in front of a mic or performing in comedy, classical or contemporary drama. Her CV is an eclectic mix of the highly acclaimed and highly paid..

To the down right atrocious and awful..

You know the kind of thing: audience members dragged off the streets, paid, bribed, blackmailed to attend; cast members handing out leaflets dressed as the Virgin Mary.

Annie Aldington is a wonderful narrator and a joy to work with. We record all of her Martina Cole readings at Isis and our producers vie to work with her. Her characterisations are so eerily compelling that you feel surrounded in the studio by East End villains. Her thorough prepping of the book and fluent delivery always means the recording processes quickly and effeciently. I would recommend her to any casting director.

Her skills are varied and wide-reaching.

Running a workshop with 280 agricultural students in deepest Texas, USA on ways to create the Witches scene from Shakespeare's Macbeth- whilst playing the eponymous wife in the afore-mentioned play? ( The 2015 US Tour of Macbeth  for the Theatre Company 'Actors From the London Stage').

Draped over a sun lounger in nothing but a Marks and Spencer swimming costume; dancing to 'Saturday Night Fever' and hanging off a balcony- at her age? ( Her one-woman show, Regarding X- written by Nick Harrison- performed at London's Hot August Fringe, in 2014).

Playing a desperately lonely and sex starved middle-aged woman whose fantasy is a burglar pulling up her nightie - after he's had a peek through her drawers and left his calling card on the carpet? (Vera, in the comedy-sketch show, The Ocelot Resurrection-written by the Kaufman brothers and which garnered critical acclaim at London's Hot August Fringe and around South London Comedy clubs, in 2014).

And last but not least: making her entrance stage - left scratching her pubic lice as Ripper victim, Annie Chapman, in the play Roses of Whitechapel.

In Regarding X we saw both a funny and deeply moving performance by Annie Aldington, who showed a great understanding of and empathy for the multiple characters she embodied so wonderfully...A. B London. Regarding X

Scroll for more on acting

Annie was a cast member of  Pop-up Shakespeare at Shakespeare's Globe in 2012.

This was a huge Shakespearean extravaganza, directed by Mark Rylance and Jonathan Moore, in which she played Mistress Quickly and Lady Macbeth. Actors took Shakespeare to London's streets and Olympic Park, performing monologues and scenes from his plays-culminating in a Flash Mob of 50 actors sporting bald heads and bard beards singing a 'Shaky rap' about the Great Man Himself.

She is a regular sonneteer for Shakespeare's Globe and recently played the Nurse in the film of Romeo and Juliet for The Globe's Education Programme.
Recent film credits include: English Wine (FFP media). A German drama in which she played the English gynaecologist, Dr Adele Smith and, Sandra in, Flinch (iblade films)

Aldington's delivery of Dawson's rich description and dialogue is spot on...never have I heard characters so well rounded

A highly skilled voice-over artist working across all mediums of the industry, Annie has recorded over 500 talking books and, with her unique London sound  she is a regular narrator for many top publishing houses, including: BBC audio, Penguin, Harper Collins, Headline, Macmillan, Simon and Schuster, Random House and Amazon. She is the recipient of a Golden Earphones award for 'Melting' by Anna Davis and was nominated for an Audie Award for her narration of Jennifer Worth's Call the Midwife for Soundings Audio.

I've worked with Annie regularly for the past decade and have never known her to be anything less than the consummate professional-both in her meticulous preparation and flawless performance. She also ensures that the recording process is as relaxed and enjoyable as possible and in an industry marred by over-inflated egos, Annie's down-to-earth demeanour is a refreshing change, marking her out to be a joy to work with. 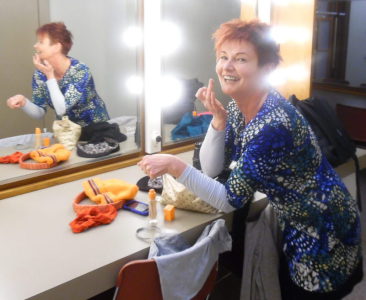